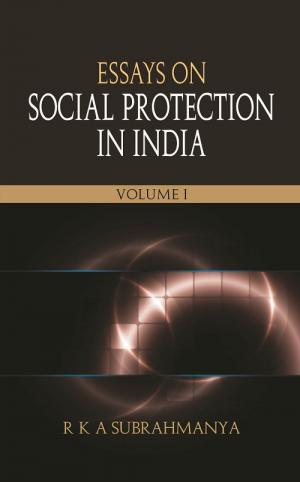 ESSAYS ON SOCIAL PROTECTION IN INDIA(VOL. 1)

Social security is one of the basic human rights which is essential for the well-being of society. Every government has adopted programmes to ensure that the people generally are covered adequately by social security. The Government of India has been a pioneer in introducing social security measures for the protection of the people. Unfortunately these measures do not cover all the people and they do not provide adequate protection for all their needs.

It is in the nature of a work in progress being developed over a course of time. Some years ago the author had carried out an exercise called Stocktaking of Social Protection Schemes on behalf of the Social Security Association of India to assess the social security situation in the country. Since then there has been much progress. Coverage has increased and the quanta of benefits have also increased. The Modi Government which took office in the year 2014 has made several improvements apart from introducing new schemes. Yet it cannot be said that social security has been extended to all the people or that all the benefits required by the people are being provided.

It was therefore felt necessary to update the information contained in the stocktaking exercise and to identify areas where progress is yet to be achieved. Hence a fresh exercise in the form of another stocktaking has been undertaken in the volume. It is hoped that all the stake holders in the subject will find the book useful.

R. K. A. Subrahmanya joined the Indian Audit and Accounts Service after passing the IAS and Central Services Combined Competitive Examination in 1950. He was Accountant General in Assam Odisha, Tamilnadu and Kerala.

He was appointed Addl. Secretary in the Union Ministry of Labour in 1979. He was Chairman of the Central Board of Trustees of the EPFO, the Standing Committee of the ESIC and the Central Board of Workers Education for some time. He represented the Government of India in the International Labor Conferences held in Geneva for four years. He was a member of a committee set up by the ILO for studying the future of social security in developing countries.  He was a member of the Bureau of the International Social Security Association, for full five years.

After retiring from service in 1984 he was Director General, Gandhi Labour Institute, Ahmedabad for some time before he was appointed as a Member of the A.P. Administrative Tribunal in Hyderabad. Shri Subrahmanya has been actively writing on the subject of his interest.

Supply of Other Essential Commodities

Social Protection of the Elderly

Social Protection of the Disabled

Social Security in the Context of Natural Disasters

Schemes for Protection of Labour against Unemployment