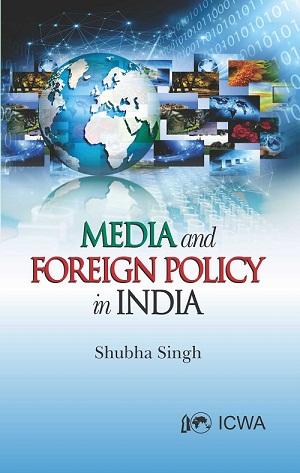 The 24-hour news cycle and vastly expanded media space in India, with multiple regional and national newspapers, and a plethora of television channels and news websites has increased the impact of the media in everyday life. The media helps shape public opinion, and since most governments and the political leadership seek public approval, it creates the impression of a highly influential media.

Anyone watching prime time television debates in India would be led to believe that the media has a considerable influence on government policies, including its foreign policy.

Shubha Singh is a columnist and author. She has worked with two leading Indian newspapers.   She has travelled widely and has been writing a weekly column on foreign affairs for more than two decades; the column has appeared in English, Hindi and Telugu language newspapers. She was awarded the Chameli Devi Jain Award for the best woman journalist for her “perceptive and analytical writing on foreign affairs.” She has a special interest in the Indian Diaspora and has written three books on the subject titled - Fiji: A Precarious Coalition, Overseas Indians: The Global Family, and Journeys of Discovery: Ancestral Searches in India. She has also co-edited a book of essays by award-winning women journalists titled Making News, Breaking News, Her Own Way.

Priming and Framing the Story

Diplomacy in the Time of Television

Face to Face Along the Border