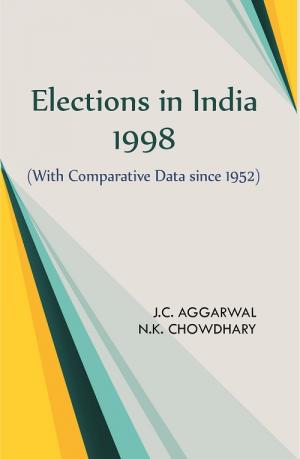 with Comparative Data Since 1952

The Lok Sabha Elections 1998 were the third in the series, necessitated as a consequence of the fall of non-congress Government at the Centre. Sonia Gandhi, had perhaps no option but to campaign for congress sensing Bharatiya Janata Party as enemy number one.
Bhartiya Janata Party had a chance of lifetime. A.B. Vajpayee seemed acceptable to the voters in general. The Strategy of alliances at States level paid rich dividends making BJP presence noticeable in the South and the East. The Janata Dal, which at one time had a nation wide spread is reduced to a single digit representation in the 12th Lok Sabha.
The present volume records all important events, constituency state wise results and reactions of 12th Lok Sabha with a comparative date of General Elections since 1952. It covers assembly elections also. The book should serve one and allas a reference manual.