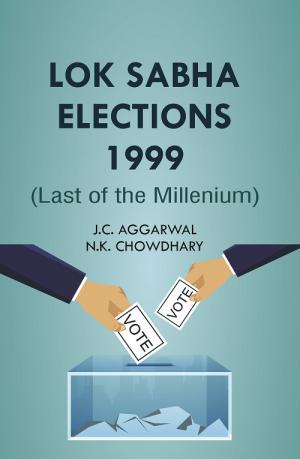 LAST OF THE MILLENIUM

The book attempts to provide information, data and analysis of the 1999 Lok Sabha Elections which were marked by some unique features. It covers the circumstances necessitating elections to the 13th Lok Sabha, emergence of the National Democratic Alliance (NDA) and the near rout of the Congress Party the elections under the leadership of Sonia Gandhi who was projected as Prime Ministerial candidate and pitched against A.B. Vajpayee whose popularity had achieved new heights in the wake of Kargil victory. It also records all significant events of the elections campaign, constituency-wise detailed results, performance of the national and regional parties at the national regional and the state levels. The volume should be of interest to all interested in contemporary Indian politics.