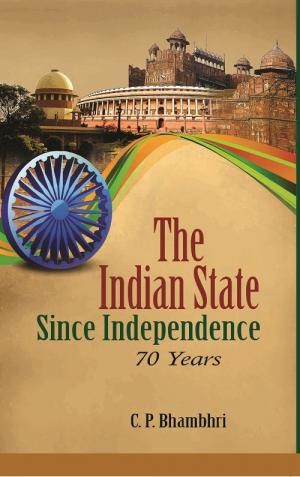 THE INDIAN STATE SINCE INDEPENDENCE

Gradual evolution of the state of independent India has been divided into three inter-related phases: the nationalist leadership during Phase I (1947-1991) had made every effort to build a modern, democratic, secular, capitalist state of India; during Phase II (1991-2014), the ruling classes had abandoned the earlier independent path of capitalist development in favour of integration with transnational finance capital and also opted for American model of market-led capitalism. What are the explanations for these ‘shifts’ from Phase I to Phase II? The third phase beginning with 2014 has witnessed a complete break with the past and the ruling social forces are attempting to establish Hindu Ideological State guided by the doctrines of Brahmanical Hinduism. An effort has been made to explain this new development beginning with 2014. Chapters in the book have dealt with all these three phases of seventy years of the Indian state.

C P Bhambhri, currently ‘Distinguished Scholar’ of Jawaharlal Nehru University, New Delhi, has been Professor and Dean of the School of Social Sciences. He also has been a Visiting Professor to McGill University, Canada and Dar-Es-Salaam University, Tanzania. He is a prolific writer who has published in international and national academic professional Journals and has also intervened through newspapers articles. He has to his credit more than 30 books.

3.     The State in Contemporary India

6.     Culture and Democracy: Will India Become a Hindu State?

7.     The Indian State: Conflicts and Contradictions

12.  Globalization, Market and the State

13.  Globalization, Liberalization and Institutions for Governance in India

16.  Is the Indian State Really Ruthless?

18.  Federalism in the Age of Globalisation

20.  Naxalism and the Indian State

21.  Hindutva and the Indian State

23.  Maoism: Responses of the State

26.  The Making of Personality Cult

27.  Explaining the Rise of Rightwing Social Forces in India

28.  Fight the Attack on Constitutional Values

29.  Communalisation of the State Apparatus Index