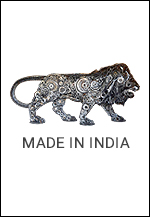 A sense of insecurity is inherent in human condition as man is exposed to various kinds of risks and dangers. Initially the dangers were perceived in the external environment by the threat posed by the natural phenomena. As civilization progressed man began to look upon his fellow beings as his enemies and to protect himself against them. Societies and States were formed and the institution of the army and the police came into being. As civilization progressed further social ills and economic dangers began to pose greater threat to human life. So social security was born to protect man against these risks.

This book consists of essays on measures in providing Social Protection India. The term ‘social protection’ should be understood to mean and include all public measures aimed at preventing deprivation and vulnerability to deprivation of chronic or temporary nature. It means social security in the broadest sense encompassing Food Security, Health Security, Employment Security, Income Security and other measures designed to protect against all forms of economic and social insecurity such as lack of assets, higher family size, illiteracy, malnutrition, very low access to housing, water supply and sanitation. It includes promotional measures such as employment programmes, provision of basic needs to the poor , primary education, basic health services, Public Distribution System, etc., which were described by the Government at one stage as the Basic Common Services as well as protective measures against contingent poverty caused by sickness, old age, unemployment, etc.

This book is concerned with the measures taken to provide human security in the broad sense as described in the Human Development Report, 1994.

R. K. A. Subrahmanya joined the Indian Audit and Accounts Service after passing the IAS and Central Services Combined Competitive Examination in 1950. He was Accountant General in Assam Odisha, Tamilnadu and Kerala.

He was appointed Addl. Secretary in the Union Ministry of Labour in 1979. He was Chairman of the Central Board of Trustees of the EPFO, the Standing Committee of the ESIC and the Central Board of Workers Education for some time. He represented the Government of India in the International Labor Conferences held in Geneva for four years. He was a member of a committee set up by the ILO for studying the future of social security in developing countries.  He was a member of the Bureau of the International Social Security Association, for full five years.

After retiring from service in 1984 he was Director General, Gandhi Labour Institute, Ahmedabad for some time before he was appointed as a Member of the A.P. Administrative Tribunal in Hyderabad. Shri Subrahmanya has been actively writing on the subject of his interest.