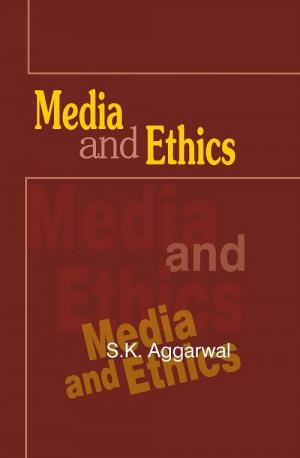 The Indian Press has played a creditable role in strengthening the unity and integrity of our country. In the 2009 general elections, the media to a great extent helped in the rejection of regional, caste and communal politics and in the elimination of criminals in politics. Remarkable role of the media can be cited to get justice for the aggrieved-Jessica Lal. Many successful sting operations have been carried out by the media-BMW.

On the flip side, the media is working under the influence of the market forces in planting stories on the news pages. There is a new concept of advertorials which is unethical. News is being increasingly sensationalised for commercial gain. The reporters sometimes have to face criminal charges (Uma Khurana's case). The action of throwing a shoe at Home Minister Chidambaram by a journalist was not only unethical but illegal. Such incidents do tarnish the image of the media.

The Editors Guild of India and the Press Council of India have raised questions on violation of journalistic ethics during the Gujarat riots and UP (Ram temple agitation) and on many other occasions. It is time for professional bodies of journalists to ponder over these issues and devise a code for restraint and regulation. A code from the government is unwelcome as it could stifle the media. The book deals with journalism ethics and may be found useful by the readers.

S K Aggarwal (b.1938 ), a post graduate from University of Delhi in 1961, retired from The Economic Times as Deputy News Editor after a long stint with the Times group. A keen watcher of socio-economic and political events in India and abroad, he has written several articles in newspapers and periodicals. He has been delivering lectures on journalism in most of the colleges of the Delhi University. Besides this, he has also been teaching at The Times School of Journalism, YMCA, Pioneer School of Journalism. He was also one of the proud founders of the Amity School of Journalism and delivered lectures there.

He has widely travelled in India and abroad. He is a member of several professional bodies like the Forum of Financial Writers, Authors Guild of India and the Press Club of India. He has authored seven books, namely, Press at the Crossroads in India, Media Credbility, whither Indian Democracy, Handbook for Journalists and Editorial Excellence, Investigative Journalism. The last one, Stock Markets and Financial Journalism (1998, Shipra) was released by our worthy Prime Minister Dr Manmohan Singh.