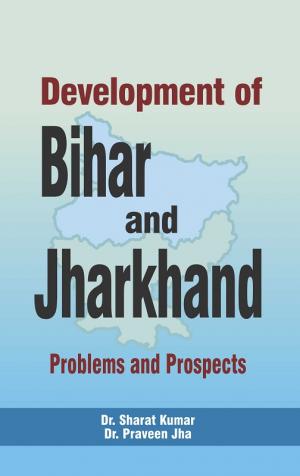 DEVELOPMENT OF BIHAR AND JHARKHAND: PROBLEMS AND PROSPECTS

The economic development of Bihar and Jharkhand concerns al as one tenth of Indiaâ€™s population resides here. Any progression or regression in this part of the country has a direct bearing on the well being of the country. There is over dependence on agriculture in the plains of Bihar and the average size of land holdings is very small. Forests in the plateau region of Jharkhand, on the other hand, have been an important source of livlihood for the tribal population and their fast depletion is a matter of concern. The volume take stock of the state of the economy of the region (states with one tenth of Indiaâ€™s population) as it puts together contributions from well-known observers of Bihar Economy. The book provides a rich blend of facts and analysis and is imbued with a sense of history and political economy. The contents are divided into Development Perspectives; Agriculture and Forestry; Industry and Mines; Irrigation, Power and Credit; and Fiscal Reforms.